In this video, I quickly show you a glance at the Emp Money decentralized finance protocol and my results so far as a project.

I am completely new to the defi space and I want to take you through my defi journey and first project. Stay tuned for more emp.money updates.

The EMP Money algorithmic token serves as the backbone of a rapidly growing ecosystem aimed at bringing liquidity and new use cases to the BSC network.

The protocol’s underlying mechanism dynamically adjusts EMP’s supply, pushing its price up or down relative to the price of ETH.

Inspired by tomb.finance, which was originally inspired by the idea behind Basis as well as its predecessors (EDollar and soup), emp.money is a multi-token protocol that consists of the following three tokens: -EMP ($EMP). -EMP Shares ($ESHARE) -EMP Bonds ($EBOND).

WHAT DIFFERENTIATES EMP MONEY FROM OTHER ALGORITHMIC TOKENS

Unlike previous algorithmic tokens, EMP is not pegged to a stablecoin— it is instead pegged to ETH.

Because of ETH’s high per coin price, we have decided to peg EMP.Money to ETH at a 4,000:1 ratio.

In other words, 4,000 EMP should equal 1 ETH for our PEG to be maintained. One of the primary shortcomings of past algorithmic tokens has been a lack of use cases, leaving no good reason for somebody to want to use or hold them.

In order to successfully maintain the peg in the long run, the EMP team will maintain a focus on innovation around enhanced functionality and use cases.

EMP Money token is designed to be used as a medium of exchange. The built-in stability mechanism in the protocol aims to maintain EMP’s peg of 4,000 EMP = 1 Etheruem (ETH) in the long run.

Note: that EMP actively pegs via the algorithm, it does not mean it will be valued at 4,000 ETH : 1 ETH at all times as it is not collateralize . EMP is not to be confused for a crypto or fiat-backed stable coin.

EMP Shares (ESHARE) are one of the ways to measure the value of the EMP Protocol and shareholder trust in its ability to maintain EMP close to peg.

During epoch expansions the protocol mints EMP and distributes it proportionally to all ESHARE holders who have staked their tokens in the Boardroom. ESHARE holders have voting rights (governance) on proposals to improve the protocol and future use cases within the EMP money ecosystem.

ESHARE has a maximum total supply of 28000 tokens distributed as follows:

Initial mint: 1 ESHARE minted upon contract creation for initial pool. The Dev team will use treasury funds in any way they feel is best for the long term success of the protocol.

When the TWAP (Time Weighted Average Price) of EMP falls below 4,000:1 ETH, EBONDs are issued and can be bought with EMP at the current price.

Exchanging EMP for EBOND burns EMP tokens, taking them out of circulation (deflation) and helping to get the price back up to peg.

These EBOND can be redeemed for EMP when the price is above peg in the future, plus an extra incentive for the longer they are held above peg.

This amounts to inflation and sell pressure for EMP when it is above peg, helping to push it back toward 4,000 EMP to 1 ETH ratio.

Contrary to early algorithmic protocols, EBONDs do not have expiration dates.

All holders are able to redeem their EBOND for EMP tokens as long as the Treasury has a positive EMP balance, which typically happens when the protocol is in epoch expansion periods.

Each epoch duration is 6 hours deposits withdrawal of ESHARE into and from the Boardroom will lock ESHARE for 6 epochs and EMP rewards for 3 epochs.

EMP rewards claim will lock staked ESHARE for 6 epochs and the next EMP rewards can only be claimed 3 epochs later Distribution of EMP during Expansion 80% as Reward for Boardroom ESHARE Stakers 15% goes to DAO fund 5% goes to DEV fund Epoch Expansion:

The current expansion cap base on EMP supply, if there are bonds to be redeemed, 65% of minted EMP goes to the treasury until its sufficiently full to meet bond redemption. If there is no debt it will follow max capped expansion rate 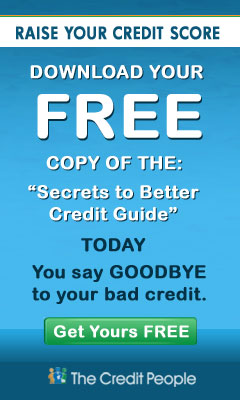 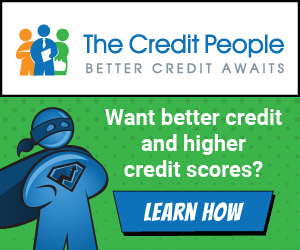